Ever since the classical poems Beowulf, fantasy has become a major way of storytelling. In these fantasy stories, it often involves great heroes of mankind who save the innocents against devils, dragons and other non-human faces of evils that wants to destroy the world or its peace. It is no surprise that the only imagination has taken the top fantasy anime to new heights. Nowadays, fantasy anime is known to be the most favorite genre. Why people really think about top fantasy anime? It’s because of a huge chunk of shows features superheroes, aliens, and fictional promises and much more, these attract a lot the world. 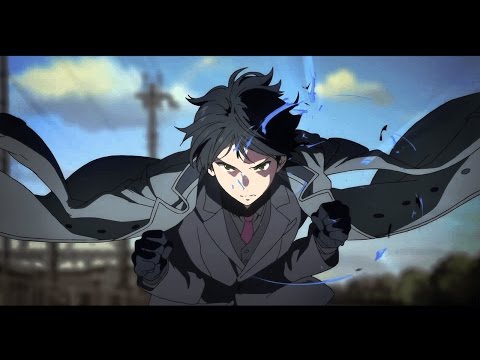 Human beings are always wondering for perfection. Even humans are not perfect and have many obvious flaws. Many of us have craze to find the perfect partner who will not let him down and amazed with its looks and charms. Since such kind of perfect human beings does not exist in the actual world, some of the humans wish heavenly beings such as fairies and angles. These anime provide us with stories that are far away from the actual world.

Here is a list of top fantasy anime which are famous for many stories including the relationships.

1. Snow White with the Red Hair

We are starting off our list of top fantasy anime with Snow White with the Red Hair fantasy anime. The Snow White with the Red Hair is the Japanese shōjo manga. This was written by Sorata Akizuki and serialized monthly by shōjo manga magazine. Although the name of the girl is “Snow White” but she’s not actually the girl like that. Shirayuki has beautiful red hairs and living in the country of Tanbarun who works at her herbal shop. Her story surrounds a silly prince of Tanbarun and Prince Raja who force her to become his concubine.

2. The Vision of Escaflowne

The Vision of Escaflowne is a Japanese animated series. It’s the wiki of Escaflowne universe. This anime series follows the story of a young 15-years old school girl whose name is Hitomi Kanzaki. Hitomi feels herself transporting towards another planet when a boy appears before her. The girl with this typical problem caught sight of a young man who is battling with the dragon for her. She attempted hard to conquer all the planet Gaea and wishes to find the way back to her home. This story also uncovers the mystery of Atlantis with the help of mysterious psychic powers.

It’s no surprise that the list of top fantasy anime features another Japanese animated series. Originally, Code Geass: Hangyaku no Lelouch is the production of Sunrise animation studio who have designed all-female Japanese manga artist. This series has also won the Best Anime TV series award in 2007 as it sold millions of copies in America. But in 2010, the Holy Empire of Britannia established itself as a dominant military nation and start selling this quest of Japan. The storyline featured the exiled Prince of Britannia, Lelouch Lamperouge who unfortunately caught himself in the crossfire between two nations.

Kamisama Hajimemashita has an interesting tale. Nanami Momozono’s father ran away to avoid its responsibilities because of his gambling debts. The poor Nanami survive alone after being evicted from the apartment. She accepts an offer and turns her home to a shrine as Mikage. The story tells the relationship of a human being and fox yokai. In the beginning, Tomeo annoyed with Ninami but with the time he started feeling for her.

Next up in our list of top fantasy anime, the Akatsuki no Yona has grabbed the rank. Akatsuki no Yona –Yona of the Dawn is a Japanese manga series which serialized in Hakusensha’s shōjo manga magazine. It was collected by twenty-two tankōbon volumes in Japan. Yona is a princess and living her life with luxury and ease. The story gain twist after the sudden murder of the king and beloved cousin. Yona forced to escape with Son Hak who is her brotherhood friend and bodyguard too. Guilty Crown must grab your eyeballs not only for its looks but for the story as well. Just after the year of the outbreak of “Apocalypse Virus” the once proud nation has fallen under the rule of GHQ where independent military force dedicated the restoring order. Personally, one of the top fantasy anime Guilty Crown is my favorite as it follows the action pack story of a high school student. He dragged into the war. All thanks to his ability through which he able to uncover the secrets of GHQ, Lost Christmas and Funeral Parlor. He realized his power at a far greater price than he couldn’t even imagine.

Nagi-Asu: A Lull in the Sea has a 8.3 ratings on MyAnimeList. The story of this Nagi-Asu: A Lull in the Sea lived beneath the sea. Some of them living underwater preferred to live on the surface rather than to live beneath the sea permanently. This top fantasy anime follows the story of Hikari Sakishima and Manaka Mukaido and their childhood friends. They were forced to leave the sea but they don’t. They are bound to change.

Yes, Fullmetal Alchemist: Brotherhood is on the 1st rank in the top fantasy anime list. It’s often asked how old is Edward Elric in brotherhood? He was only 12. Fullmetal Alchemist has been holding the rank because of its eye-catching character and unbeatable story. It’s the story of Alchemy and Brother Edward who is seeking for a philosopher stone to overcome the law of Equivalent Exchange. Alchemy wishes to do a forbidden act of Alchemy but bounded by Law of Equivalent Exchange.