A house is a building, shelter, and a refuge that serves as living quarters for one or a few families. It is a place where we celebrate our joys, happiness and good news with our family members. To be very honest a house is one of the most assets a man can have. It is a great deal to a lot of people to afford a shelter. In fact, most of the people dream of owning a home one day and some of the richest people take this dream at a high level and try to get nothing but best. They wish that their house would be the most expensive house in the world. 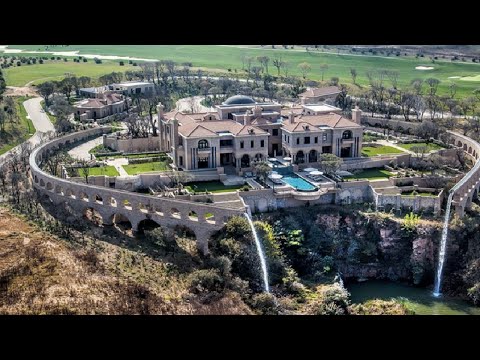 The lifestyle of bigger thinking reflects the wealth of any rich person. They are well-known for their expensive articles in which house is the main thing. Have you ever wondered what the finest and most expensive houses could look like?  We bring you the description of the world’s most expensive homes designed by architects and groomed. There are some most splendid and luxurious homes around the world are just magnificent not only by their looks also by the facilities. Their house reflects the lifestyle of royal people. Here is the Top List of most expensive houses in the world with combined information.

Buckingham Palace was formally a grand house built by Dukes of Buckingham for his wife. The British Sovereign presented the idea for the design and layout of the Buckingham Palace. The Palace was built in 1703. In 1913, it was reconstructed by Sir Aston Webb. It stands on about 40 acres. This is one of the largest constructions in the world and comes on first the rank. In 1837, Queen Victoria was the first monarch to live in this beautiful place.

Inside the Buckingham Palace

The Palace has around 600 rooms, including 188 staff rooms, 52 bedrooms, 19 state rooms, 92 offices, and 78 bathrooms. It also has its own police station, post office, a cinema, and a swimming pool. The Palace is furnished with 514 doors, 350 clocks, 760 windows, and 40,000 light bulbs. The royal people do enjoy having everything at their back and call.

Antilia is the largest building of Mumbai, India having 27 separate portions. This is the world’s second most expensive house. MUKESH AMBANI is the richest business man and multi-billionaire in India. He moved into the 400,000-square-foot house in 2012 with his family. Perkins and Will, Chicago-base architects put forward the design of this giant building.

In the middle of the Antilia

This building is 27 stories high with extra double-height ceilings. It has a multi-story garage with space for 168 cars, gardens, guest suites, a ballroom, a temple, and a health level. It also has three helipads and 6 underground parking floors. There is a theater of 50-seat in the middle of the home. Antilia can resist the 8-Richter scale earthquake. Almost 600 member staff can retain the system o this most expensive house.

The Villa LEOPOLDA is the largest French villa, located o the Riviera. The value of Villa LEOPOLA is $750 million that is why its name was tagged on the third rank in most expensive houses in the world. It was built in 1902 by Belgium’s King Leopold II. After that in 1988, Edmond SAFRA bought the mansions and left it to his widow Lily after his death. Now she is the recent owner of this large home. Most of the movies have used the house for shooting the scenes such as “The Red Shoes” and ” To Catch a Thief”.

The inner structure of Villa LEOPOLDA

This villa sits on 50 acres. It features a commercial greenhouse, outdoor kitchen, pool, 11-bedrooms, 14-bathrooms, and helipad. The beautiful and wonderfully designed building pulls the people towards it.

One of the most famous and expensive properties in the United States neighborhood is Four Fairfield. It is in New York. Ira Rennert, who is the owner of the RENCO Group, had planned to construct the Four Fairfield Pond in Sagaponack, New York. The sprawling Hampton’s Estate began its construction in 1998 and completed in 2003.

Interior portion of the Four Fairfield

The stunning massive house covers 63 acres with 29-bedrooms, three luxurious swimming pools, a basketball court bowling alley, 39 bathrooms, a 91-foot long dining room, squash, and tennis court. It also includes a 164-seat screening theater and so many other buildings. It has its own strong recognition in America as well as all around the world as the most expensive and attractive house.

The significant building belongs to American business person Larry Ellison. He decided to build the biggest property surrounded by a man-made lake. This house is also referred toas an astonishing house because of its location in a scenically beautiful place.

The central area of the Ellison Estate

Arguably the world’s most passionate collector of real estate, the Oracle founder built this 23 acres Japanese style state in 2004. It has 10 buildings, a man-made lake, tea houses, a bathhouse, and a KOI pond. It is one of the most praiseworthy arts of the Oracle founder.